No live broadcast of the special board meeting

UNC Researchers Receive $ 4.3 Million From PCORI To Study Strategies To Improve Health Outcomes For Youth With Developmental And Developmental Disabilities And Their Parents

A podcast featuring an academic from De Montfort University Leicester (DMU) telling the story of the 1995 Bosnian genocide won two awards at the National Audio and Radio Industry Awards (ARIA).

The podcast, titled Untold Killing, explores the events of July 1995, when more than 8,000 Bosnian Muslims were murdered in Srebrenica, Bosnia and Herzegovina, in the worst atrocity on European soil since World War II.

Kim Sadique, associate professor of community and criminal justice at DMU, ​​shares the testimony of genocide survivor Kada Hotić in the podcast.

Untold Killing has received a silver and bronze award and the awards are being given as people in the UK prepare to mark Srebrenica Memorial Week, starting this Sunday, with the theme ‘Rebuilding Lives “.

Kim, who is Chairman of the Board of Directors of Remembering Srebrenica in the East Midlands, said: “I want the podcast to bring recognition to the survivors as well as those who lost their lives. 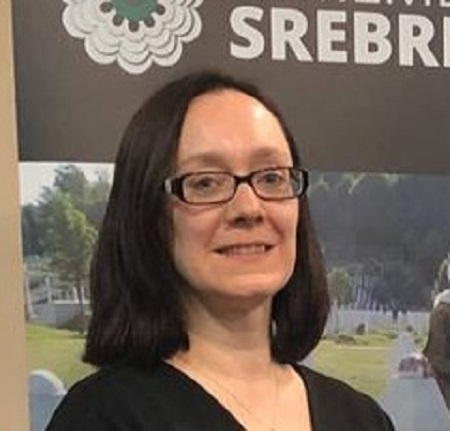 “Many Bosnian Serbs, including Milorad Dodik, the Serbian member of the Tripartite Presidency in Bosnia, claim that what happened in Srebrenica was a ‘fabricated myth’ – such accounts of denial are further victimization of survivors.

“The podcast series had 90,000 listeners and this recognition of the testimonies of survivors reduces the impact of the stories of denial unfolding in Bosnia and elsewhere.

“In the podcast, you hear the voices of survivors speaking in Bosnian and the voices in English are heard overhead. It means you feel a connection with the people telling their stories and that’s vitally important. It’s amazing to hear the resilience of these survivors and their ability to relate such devastating experiences.

“They are not looking for revenge. They want truth and justice because they see this as the only way to prevent genocide from happening again. You are touched by these survivors in ways you cannot imagine. These rewards are given to them for their courage.

Kim visited Srebrenica, then took the students on what they called a “DMU Glocal” trip – a combination of DMU Global and DMU Local – where they met survivors of the war. 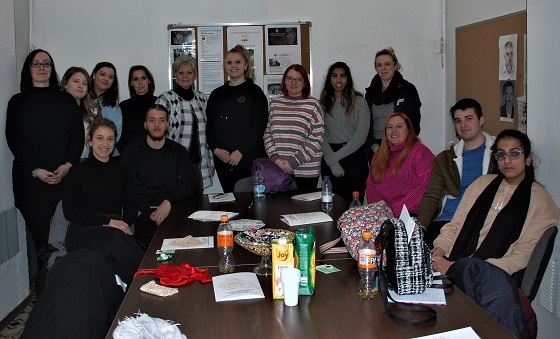 “The students met mothers who had lost their husbands and sons in the genocide,” Kim said. “They laughed and they cried with them and the mothers said ‘we have lost our children but you are now our children’.

“It moved our students to tears and they all came back and pledged to do something to remember Srebrenica. Some have made works of art, others have written poetry, others have organized events in their community for young people. They have done everything to help build stronger communities.

DMU Early Clearing is now open. Call us and find a course for you.

To be inspired. Reserve a spot at our next DMU Open Day

Kim teaches a module to students on Religion, Faith and Crime as well as lectures on Genocide and State Crime and is the Chair of DMU’s Global Peace and Transitional Justice Research Group. She feels lucky to be able, as an educator, to make sure that people still remember what happened in Bosnia 26 years ago and to say that something like that cannot never happen again.

She said: “The legacy of these trips to Srebrenica is to reduce hatred and division and to work in communities to involve people more so as to improve their mutual understanding.

“I think it’s important to remember the quote from assassinated MP Jo Cox ‘We are much more united and have much more in common than what divides us.”

This year marks the 26th anniversary of the Srebrenica genocide and the theme of “Rebuilding Lives” seems relevant to a Britain emerging from lockdown.

Kim said: “People have to rebuild their lives because of the pandemic. Families have been devastated after losing loved ones, businesses have struggled to stay in business, and entire communities are looking to start over.

“If you think of those genocide survivors who, despite the horrific hatred and destruction to which they were subjected, rebuilt their lives with dignity, humanity and without calling for revenge or the promotion of division or hatred, it is a source of inspiration.

“Next week is therefore the time to reaffirm our commitment to work for the elimination of discrimination, to reject hatred and intolerance and to help build a safer, stronger and more cohesive society here in the UK. . “

With the Community Center reaching 20 years of use, the City invested in improvements to …